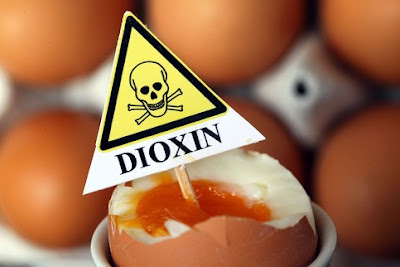 Toxin exposure can have reproductive consequences that span generations. Is there something we can do to fight the effects? According to researchers at the 67th annual meeting of the American Society of Reproductive Medicine, diet may have a more powerful effect on toxins than previously thought.
According to researchers Susan H. Benoff, Ph.D. and Kevin G. Osteen, Ph.D., diet can overcome the effects toxins may have on the reproductive system of adults who were exposed before birth.
The study included a potent toxin, TCDD, used as an herbicide during the Vietnam War.
“TCDD-mediated preterm birth in mice is associated with a hyper-inflammatory response within the placenta, regardless of which parent was exposed,” Osteen said.
How to reduce the inflammation and increase fertility among toxin-exposed parents was the question researchers asked – nutritional intervention was the answer.
In a second experiment, researchers used fish oil to measure the impact diet could have on the reproductive systems of exposed mice. Researchers used fish oil because of its similarities to breast milk.
The results of the study were dramatic. Researchers said they saw more of an impact from diet than expected. Pre-term births were eliminated completely, and pregnancy rates and sperm count increased.
“We might be able to use dietary intervention, even in the face of neonatal toxin exposures, to lessen the impact of toxins,” Osteen said.
Why does diet have such a profound effect? According to Osteen and Benoff, inflammation is very important to understanding the role of nutrition. Since reproductive difficulties are caused by inflammation, if you consume an anti-inflammatory diet, even with these toxin susceptibilities, you may be able to improve fertility.
See Full Article