BETTER GET THOSE CLAIMS IN Due to Agent Orange, Veteran awarded $459,700

Due to Agent Orange, veteran awarded $459,700
A local Vietnam War veteran has been awarded a $459,700 benefit because of their exposure to the herbicide Agent Orange during the war and the later onset of ischemic heart disease.
The U.S. Department of Veterans Affairs (VA) completed a rating decision this month, making an evaluation of 100 percent, effective November 1994, for the Clinton County veteran. A 100 percent rating is the highest disability rating, according to Ray Souder, executive director of the Clinton County Veterans Service Office.
Ischemic heart disease is a disease characterized by a reduced supply of blood to the heart, leading to chest pain, said the VA’s Web site. The VA’s regulation recognizing ischemic heart disease as related to exposure to herbicides took effect in late October 2010. The Clinton County veteran originally filed a claim in November 1994, according to a news release from the Clinton County Veterans Service Office.
Vietnam War veterans exposed to herbicides do not have to prove a connection between their ischemic heart disease and military service to be eligible to receive VA benefits.
That’s because the numbers of Vietnam veterans who have the medical condition “are so overwhelming” compared to the general population that the VA presumes ischemic heart disease in Vietnam veterans resulted from exposure to herbicides like Agent Orange, Souder said. 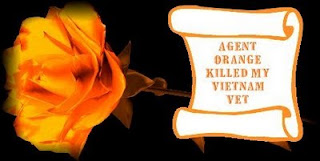