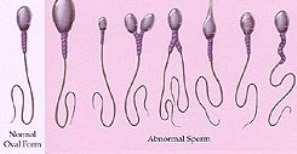 Melissa Perry, Sc.D., M.H.S., professor and chair of the Department of Environmental and Occupational Health at the GW School of Public Health and Health Services and adjunct associate professor at the Harvard School of Public Health, led an observational study indicating that environmental exposure to organochlorine chemicals, including Polychlorinated Biphenyls (PCBs) and p,p’-DDE (the main metabolite of the insecticide DDT) can affect male reproduction.

The researchers studied 192 men who were part of couples that were sub-fertile, to see if the men with higher levels of organochlorines in their blood showed evidence of increased rates of sperm abnormalities.

They looked for sperm disomy, which occurs when sperm cells have an abnormal number of chromosomes. While all men have a certain number of sperm with such abnormalities, researchers found that men with higher levels of DDE and PCBs had significantly higher rates of sperm abnormalities.