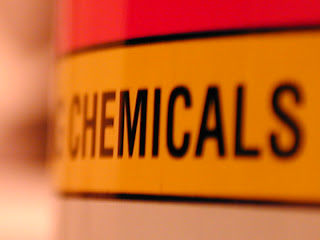 And the year has also been a missed opportunity for tackling, as had been hoped at its outset, the downside of this chemical revolution – what Yale Professor John Wargo describes as “an unexpected side effect” of our prosperity, “a change in the chemistry of the human body”. For many of the substances that have built our economies are now embedded in our tissues and coursing through our veins: some, it seems, are up to no good.

Tests for a hundred particularly hazardous substances have revealed that – on average – we each harbour 27 of them in our blood, though the chemical cocktail varies from person to person. Children have been found to be more contaminated than their parents or grandparents, while mothers pass on the poisons to babies in the womb. Researchers have found potentially dangerous chemicals in every one of 14 basic foodstuffs they took from supermarket shelves, and in the air of every home they visited.


The Standing Committee of European Doctors – which brings together the continent’s top physicians’ bodies, including the BMA – has added: “Chemical pollution represents a serious threat to children, and to Man’s survival.” And the usually cautious US President’s Cancer Panel has reported that synthetic chemicals can cause “grievous harm” and that the number of cancers for which they are responsible had been “grossly underestimated”.

In yet another warning, researchers from the Mount Sinai School of Medicine in New York and the University of Southern Denmark predicted a “silent pandemic” of brain conditions such as autism, cerebral palsy and attention deficit disorders, identifying 202 substances known to poison the brain as “the tip of a very large iceberg”.

This site contains copyrighted material the use of which has not always been specifically authorized by the copyright owner. We are making such material available in our efforts to advance understanding of environmental, political, human rights, economic, democracy, scientific, and social justice issues, etc. We believe this constitutes a ‘fair use’ of any such copyrighted material as provided for in section 107 of the US Copyright Law. In accordance with Title 17 U.S.C. Section 107, the material on this site is distributed without profit to those who have expressed a prior interest in receiving the included information for research and educational purposes. For more information go to: http://www.law.cornell.edu/uscode/17/107.shtml. If you wish to use copyrighted material from this site for purposes of your own that go beyond ‘fair use’, you must obtain permission from the copyright owner.
© 2021 LOVME.ORG