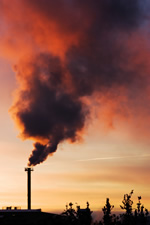 From 1985 to 2001, personnel at Naval Air Facility (NAF) Atsugi in Atsugi, Japan may have been exposed to environmental contaminants from off-base waste incinerators. The Shinkampo Incinerator Complex (SIC) was a combustion waste disposal equipped with incinerators that burned up to 90 tons of industrial and medical waste daily. Emissions included chemicals and other particulate matter.

A private Japanese company owned and operated the business. The U.S. Navy found a potential for increased health risks and worked with the Japanese government to close the SIC. The incinerator was shut down in May 2001.

If you are concerned about exposures at Atsugi, talk to your health care provider or local VA Environmental Health Coordinator.

Health effects from pollution at Atsugi

Since the 1990s, the Navy has informed sailors and their families about the possible long-term health effects of living at Atsugi. Visit the Navy and Marine Corps Public Health Center website for health information about air quality monitoring and soil testing at Atsugi.

Currently there is no definitive scientific evidence to show that living at NAF Atsugi while the incinerator operated caused additional risk for disease.