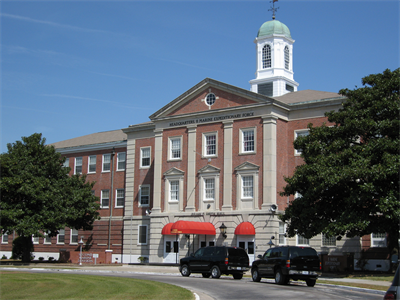 From the 1950s through the 1980s, people living or working at the U.S. Marine Corps Base Camp Lejeune, North Carolina, were potentially exposed to drinking water contaminated with industrial solvents, benzene, and other chemicals.

Learn about research on past chemical contamination.

As a part of the Caring for Camp Lejeune Families Act of 2012, qualifying Veterans can receive all their health care (except dental care) from VA if they served on active duty at Camp Lejeune for at least 30 days between August 1, 1953 and December 31, 1987, even if they don’t have a health condition that is presumed to be related to exposure. For individuals with one of the 15 medical conditions presumed to be related to exposure, there is no charge for care. For other health conditions, Veterans will have a co-pay, depending on income and health eligibility priority category.

VA has established a presumptive service connection for Veterans, Reservists, and National Guard members exposed to contaminants in the water supply at Camp Lejeune from August 1, 1953 through December 31, 1987 who later developed one of the following eight diseases:

Presently, these conditions are the only ones for which there is sufficient scientific and medical evidence to support the creation of presumptions; however, VA will continue to review relevant information as it becomes available