Tom Eblen: Military sacrifice not all on the battlefield 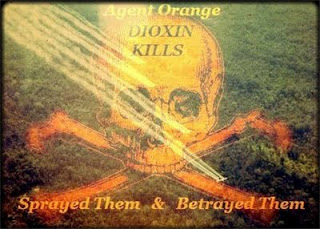 Tom Eblen: Military sacrifice not all on the battlefield
War has become too easy, Neill said. Powerful economic interests encourage military adventurism, and an all-volunteer military distances most affluent Americans from the tragic consequences.
The men and women we honor on Memorial Day weekend are not all lost on the battlefield.
Veterans who survive combat too often have been denied care for their damaged bodies and minds. In every war, including the American Revolution, caring for wounded veterans has been a cost this nation's leaders have been reluctant to pay.
That is the story told in a new book by Lexington authors Robert J. Topmiller and T. Kerby Neill, Binding Their Wounds, America's Assault on Its Veterans (Paradigm Publishers, $22.95).
But friends think this was a book too painful for Topmiller to finish. In August 2008, he left home with the manuscript, checked into a motel and killed himself. Neill asked Topmiller's widow and publisher for permission to finish the book.
After telling Topmiller's compelling story, this well-written book chronicles the history of broken promises to and mistreatment of America's veterans. In every war, veterans have had to lobby, protest and even fight to get promised compensation and care from politicians who wanted to save money or "move on." Minority and female veterans fared even worse than white men.
The book explores the government's attempts to deny care to veterans exposed to radiation, Agent Orange and other chemical hazards. And it details how the Bush administration was unprepared to care for so many injured soldiers in the early years of the wars in Afghanistan and Iraq.